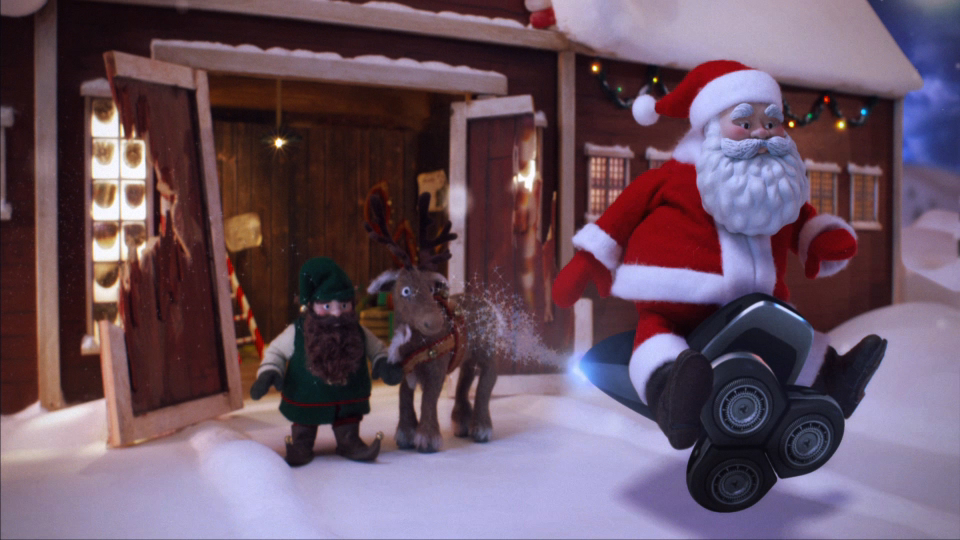 Car companies usually do something – I mean I kinda like the Chevrolet campaign with Santa’s day job as a car salesman. They are funny and the guy playing Nick the salesman is dead-on. But there’s something sad at its core about Father Christmas hawking pick-ups at the Chevy dealer. Acura has a different kind of spooky going on – Celebrities driving like maniacs. In these spots, celebs like Dr. Phil, Suze Orman and Santa (he’s an equal opportunity car guy – he also shills for Mercedes) kidnap unsuspecting shoppers and take them for a spin in an new Acura. But they drive like a Jason Stratham chase scene. I guess we’re trying to show a real world confident sports sedan, but it comes off as wonderful holiday panic of distracted driving meets road rage.

Through the years there have been some classic Christmas ads – Santa riding a Norleco shaver, Lexus started a big trend with the giant bow on the car as a conspicuous consumption gift and beer companies usually do nice things. The Bud Clydesdales in the snow are impressive. I always liked the Miller ad with the one horse sleigh to a class version of “I’ll be home for Christmas.” Some of these ads are 30 years old. I don’t see anything this season that deserves to be running next week much, less next decade.

I know how hard it is to create a breakthrough campaign, but retailers must demand this of their agencies at this time of year. The next year of survival might just depend on it working right now.