Why Woody Allen is a Genius 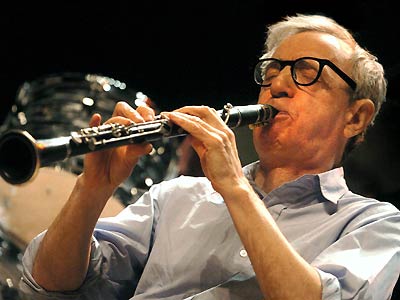 I read a quote from Woody Allen. He was asked, “What’s the hardest part of making a movie?” Allen replied – getting the money. I get it. This morning I’m preparing for a 6-hour trip to spend an hour with a producer and a banker so he can tell his investors that our group knows what it’s doing, and they should commit enough money to make a small independent film.

I think the entire project hinges on this one meeting. But at this stage I can say that about every meeting. I’ve met with CFOs, CEOs, a parade of Vice Presidents and ad-hoc committees. I have happily and, I hope politely, answered the same question, the same way a dozen times. And now we’re down to fishing or bait-cutting.

If this meeting goes well, then in two weeks a Board of Directors in a far-away wood-paneled room will take a recommendation from this man and give the command to move forward. If that happens as we’ve presented the concept – there should be development money attached and, bang, we’ll be making a movie. If… If… If.  It’s close to out of my hands at this point. The story is terrific. My draft script is solid and the producer has made a ton of films. We’ve even built a strong marketing and business case for the ROI wonks

I really think it’ll get that legendary greenlight.

Then all hell breaks loose. We’ll go to production.  And maybe, just maybe, Good Lord willing, we’ll be watching our movie this time next year. At that point, I really hope that Mr. Allen is right, and this has been the tough part.